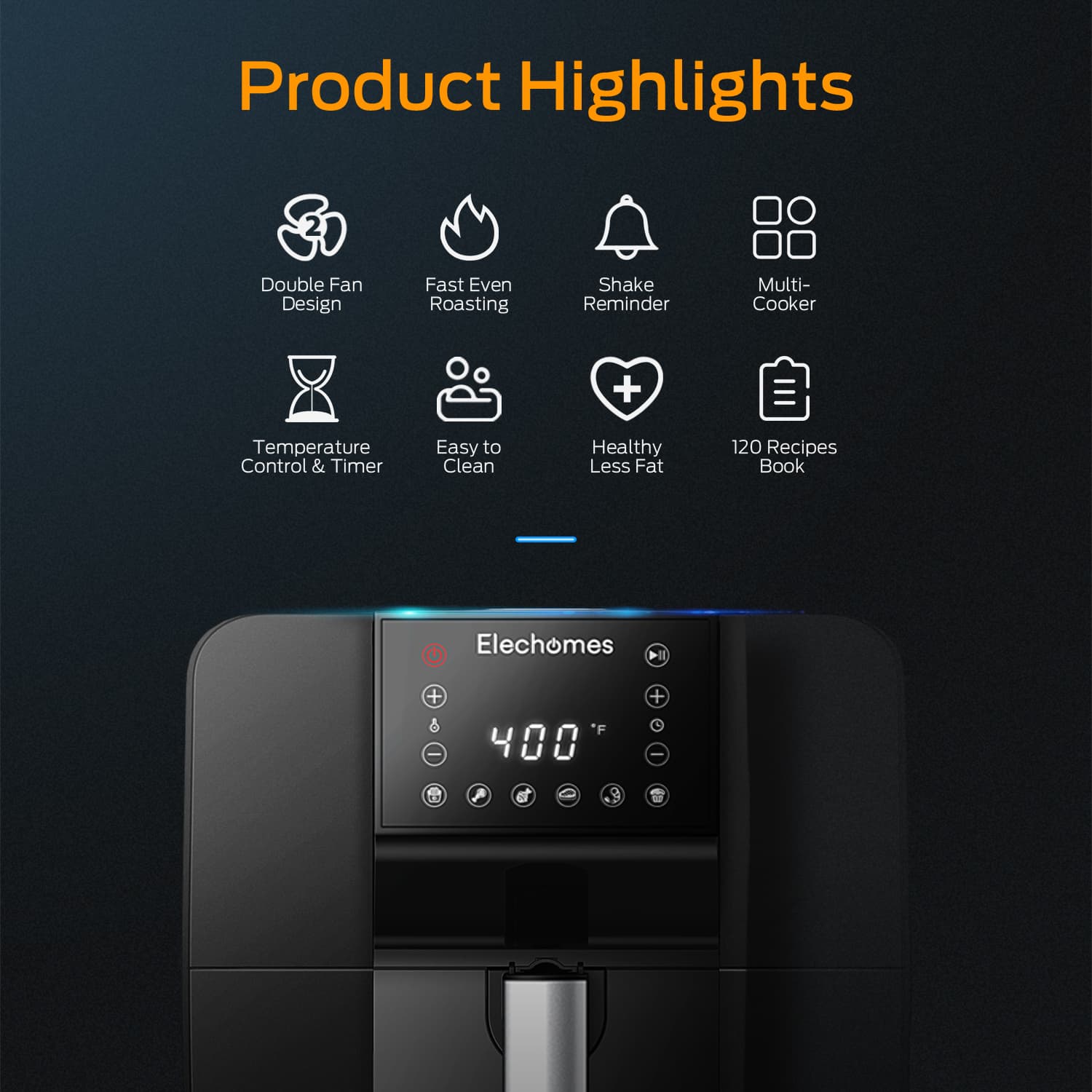 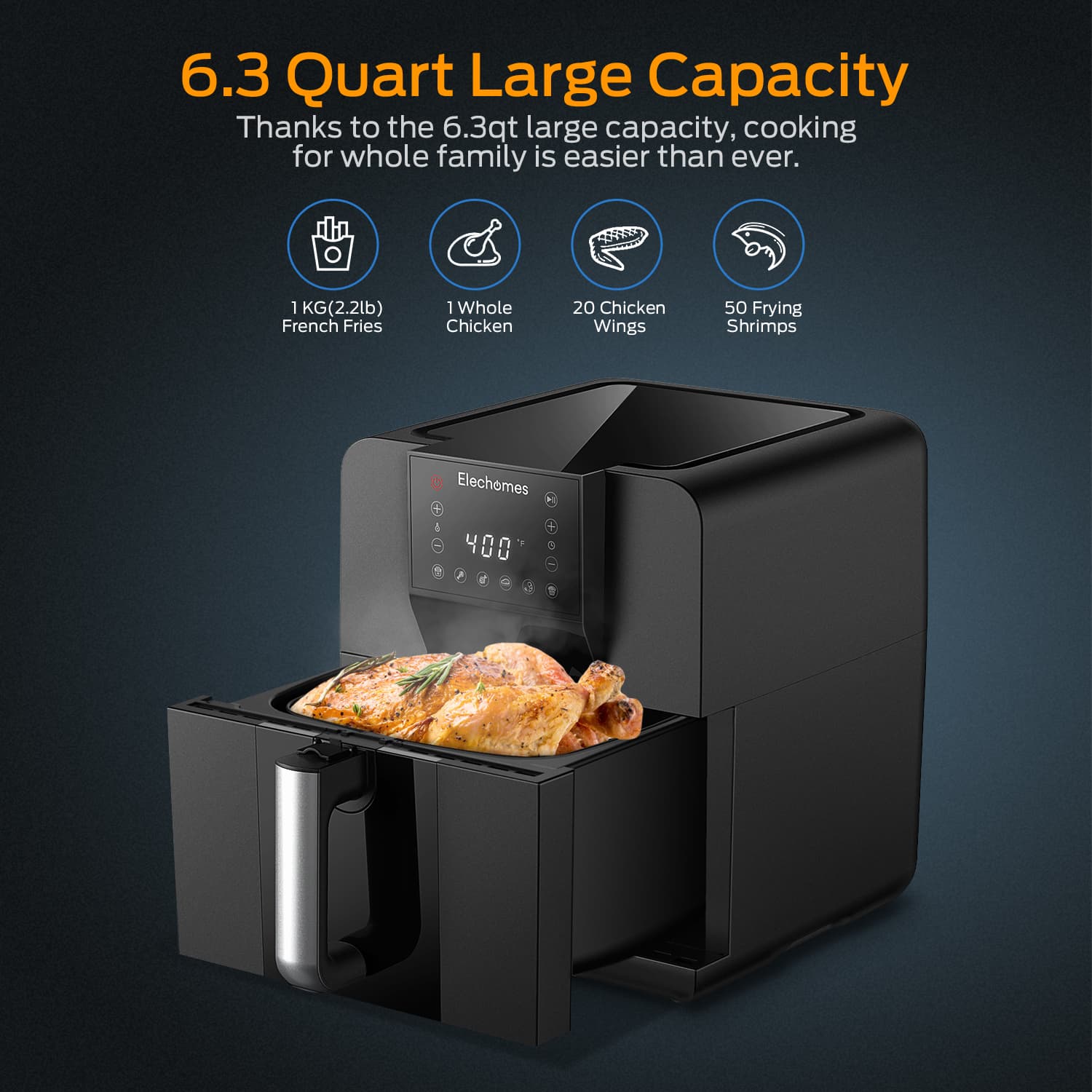 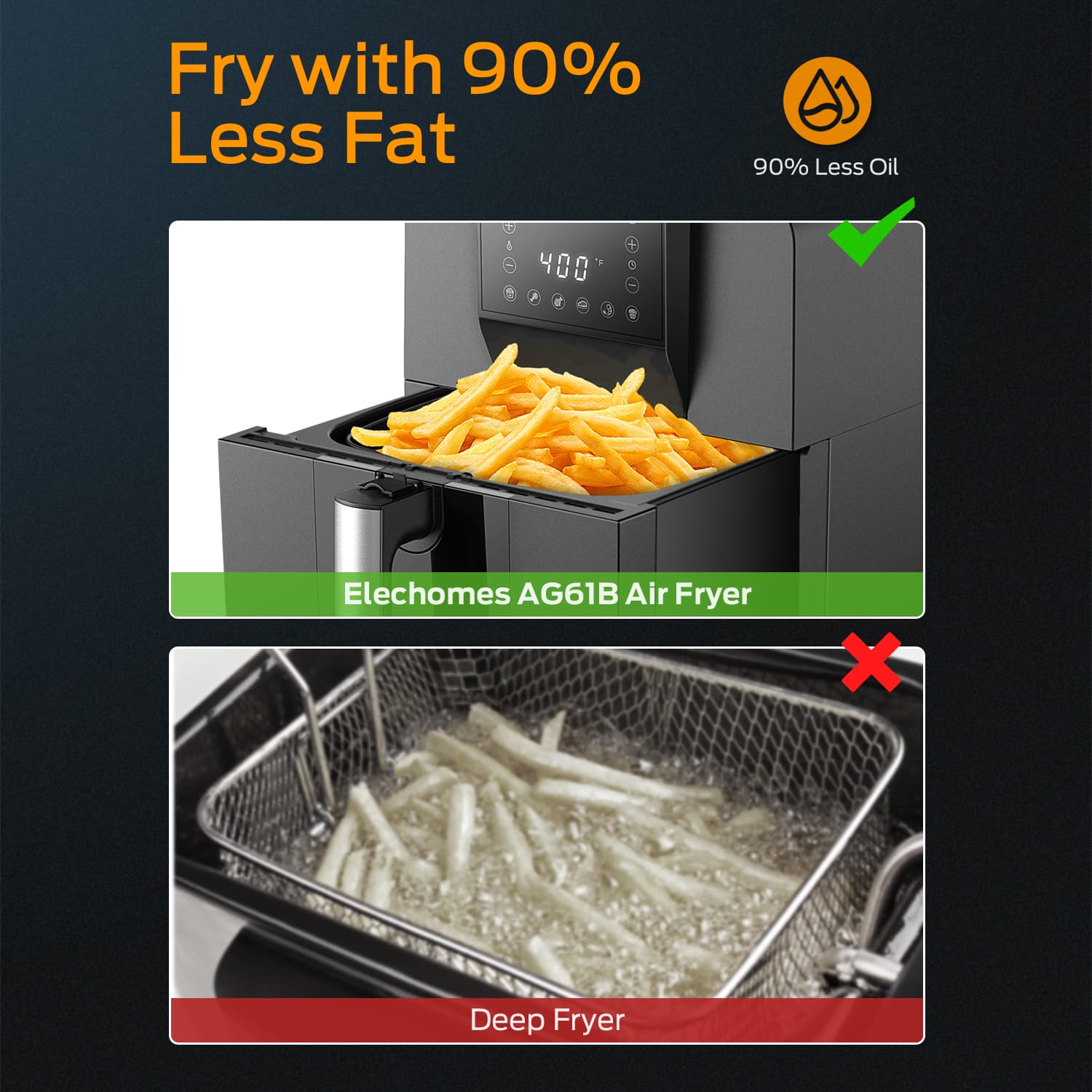 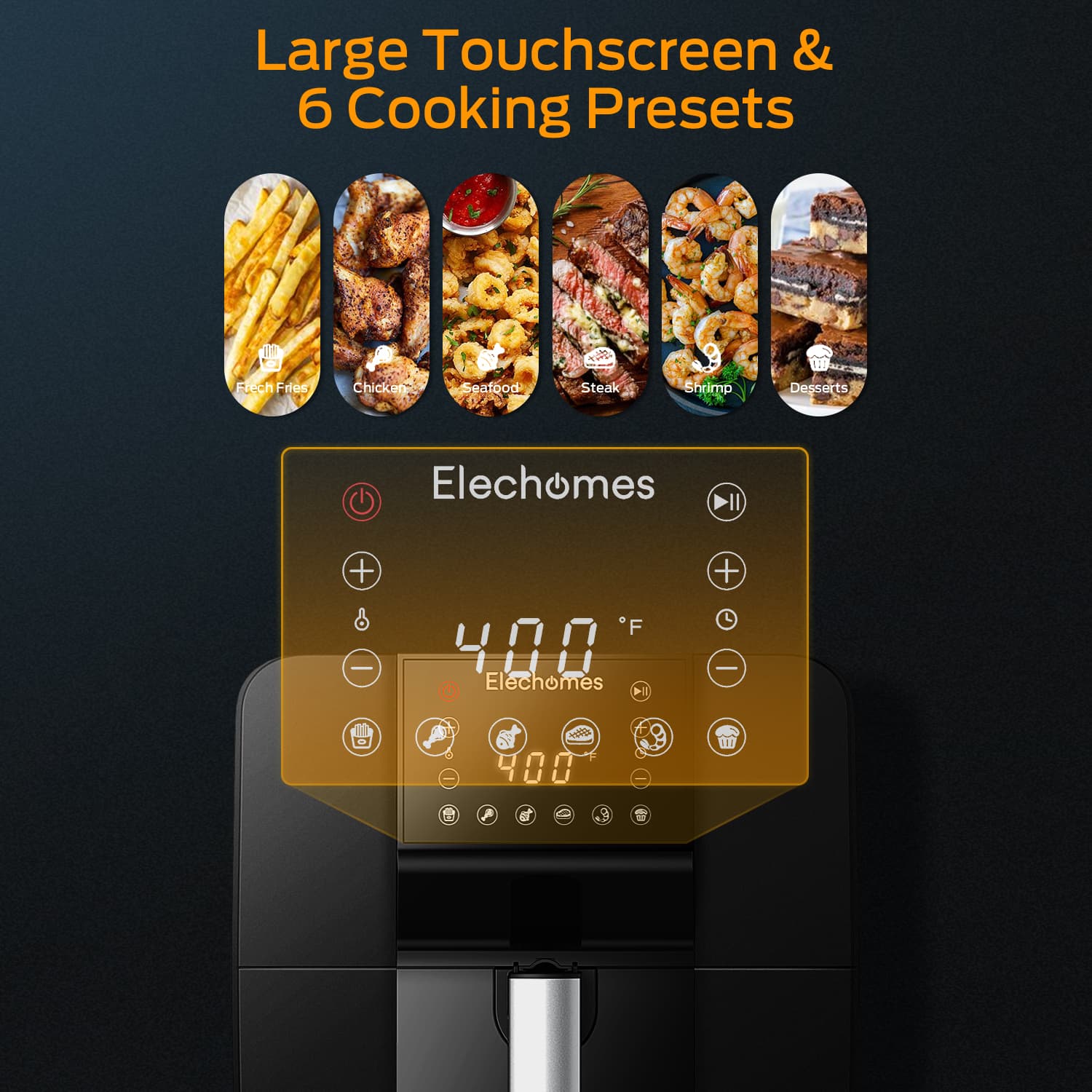 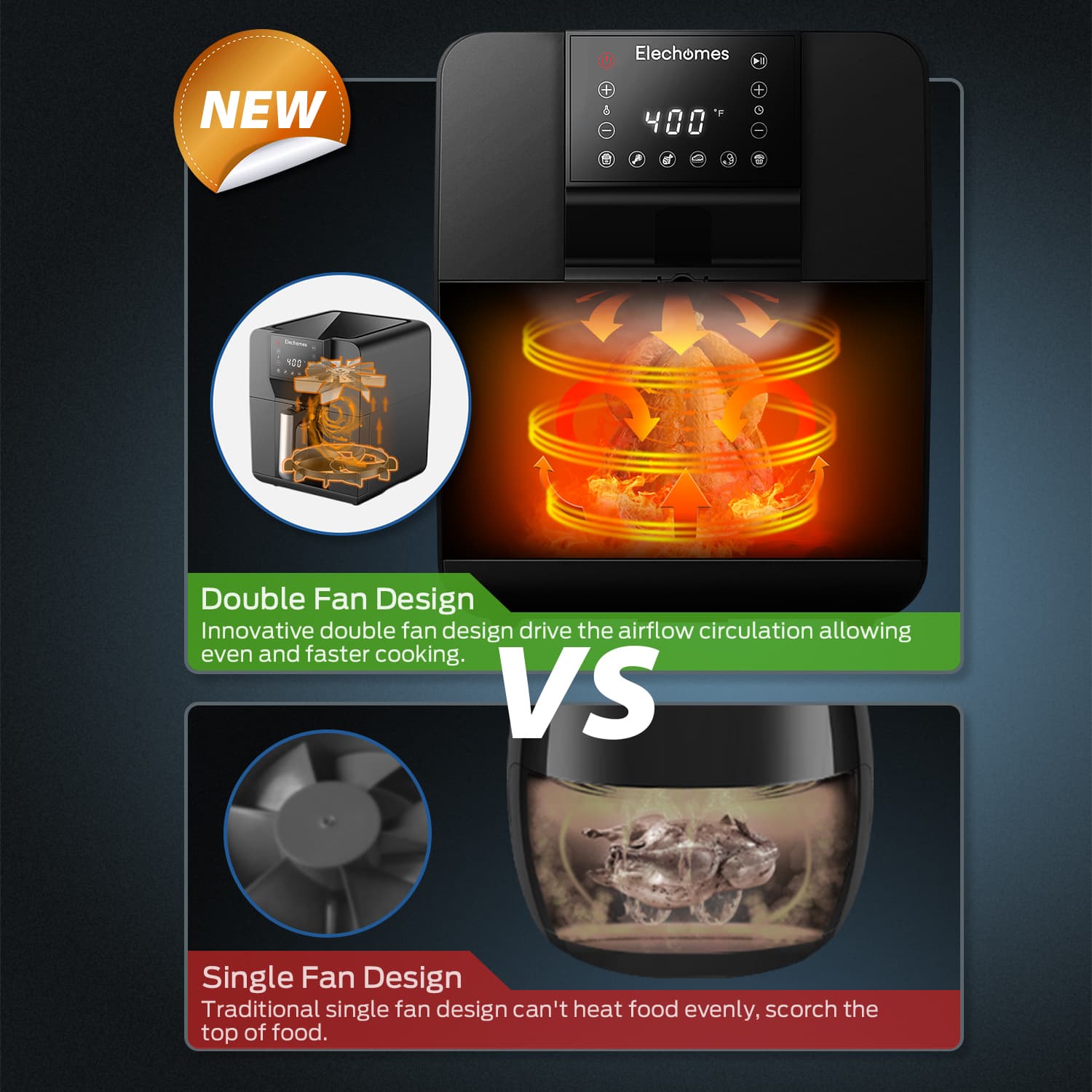 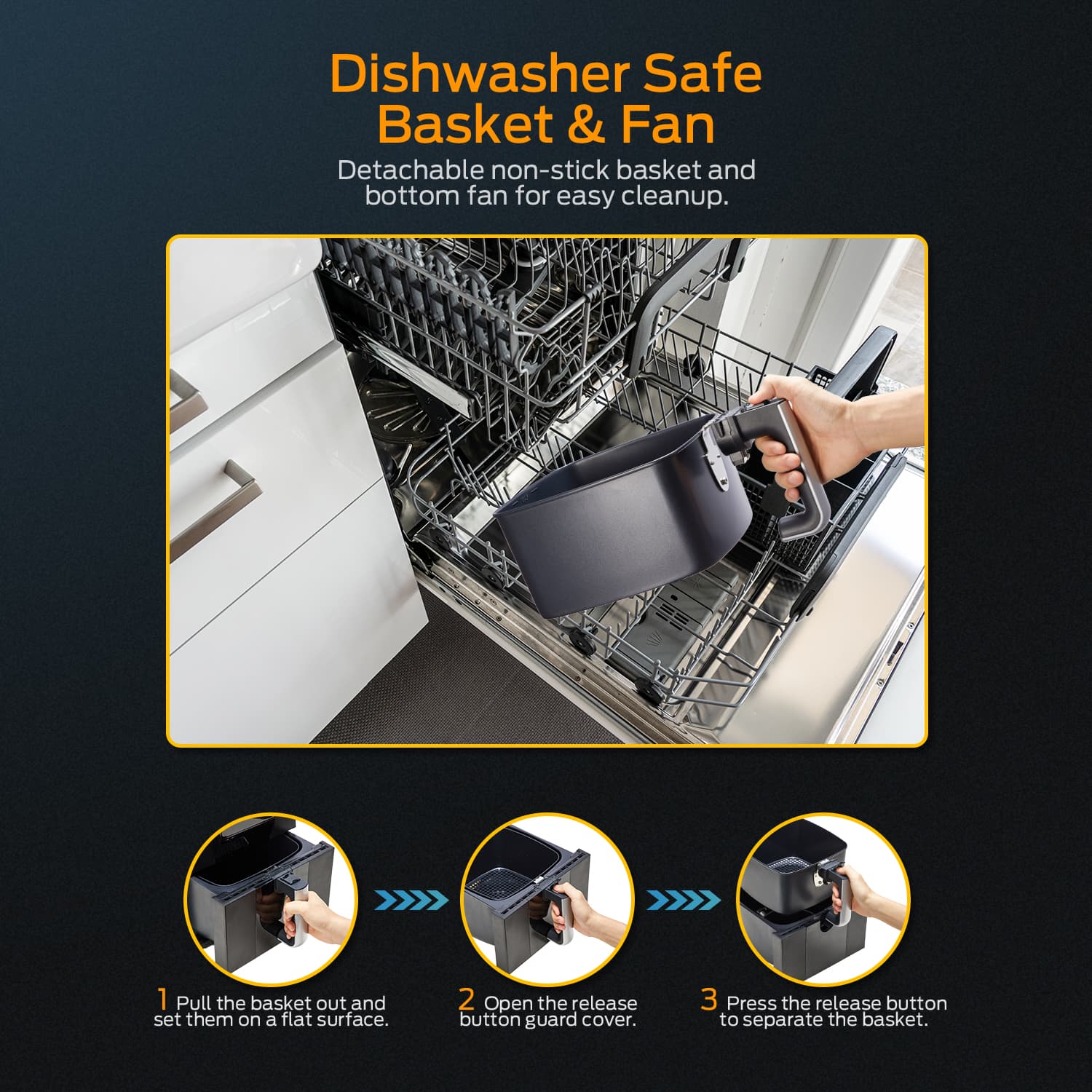 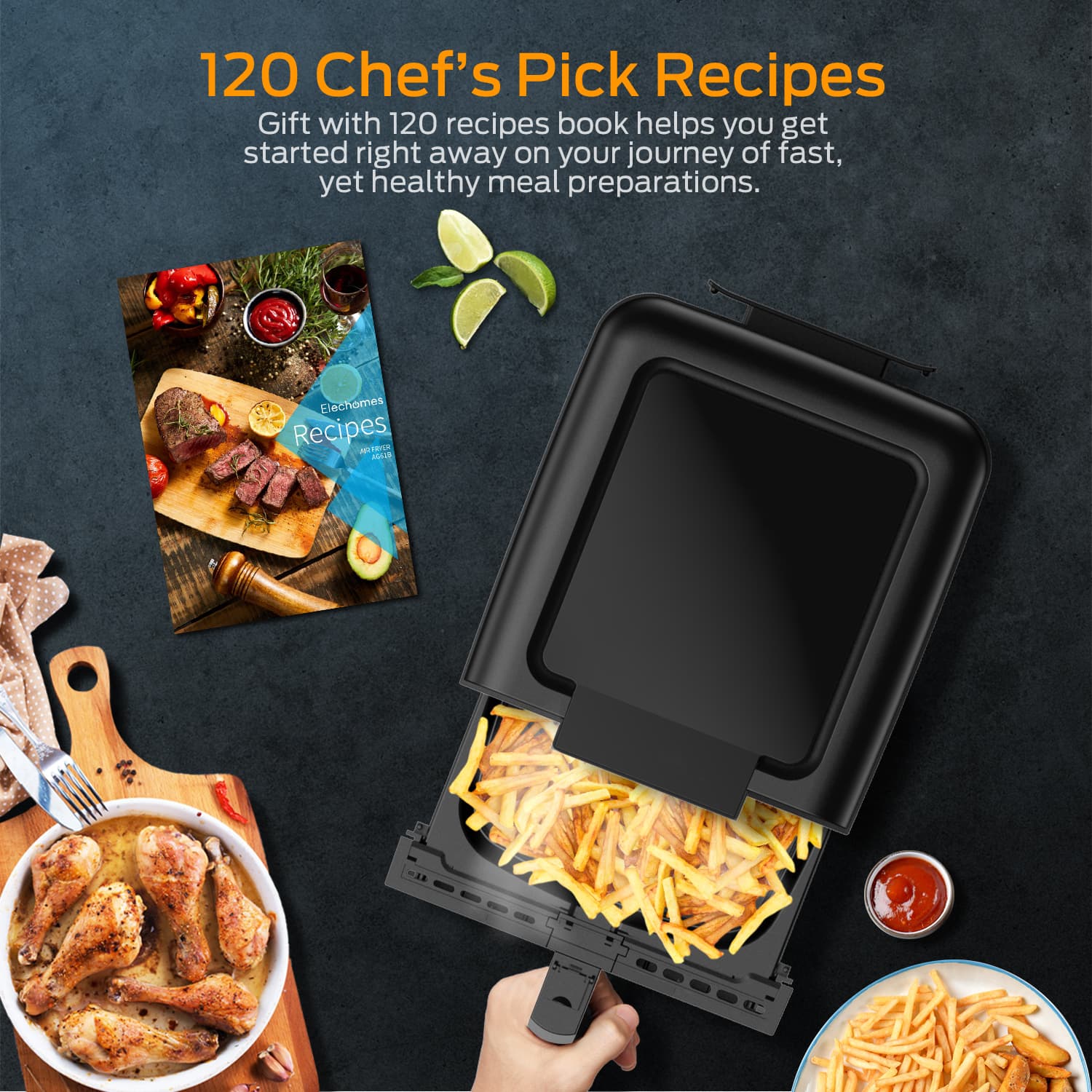 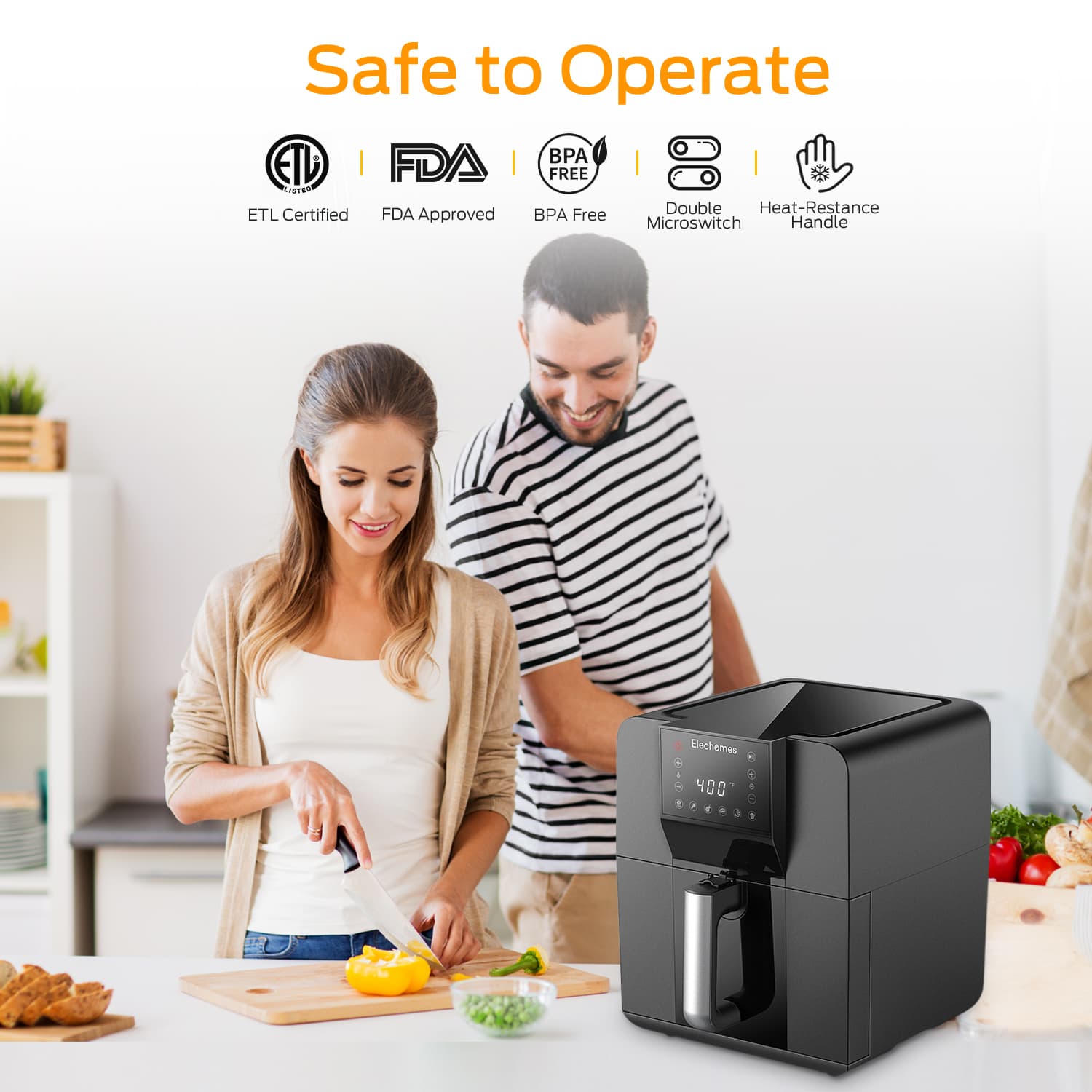 6.3-quart large capacity is a great choice for big families, which is enough for 4-7 people, frying up to 1kg(2.2lb) french fries or a whole chicken at a time. 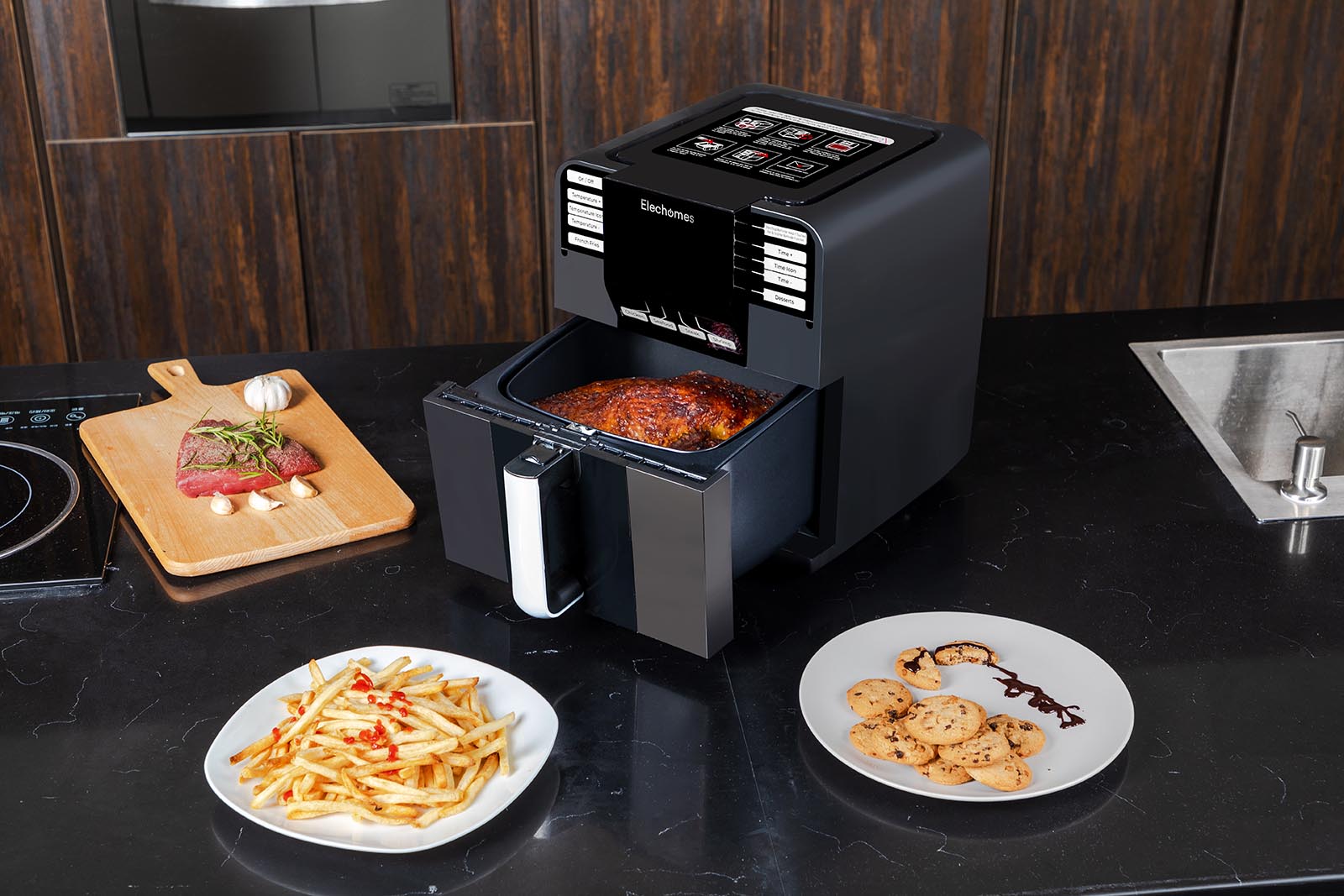 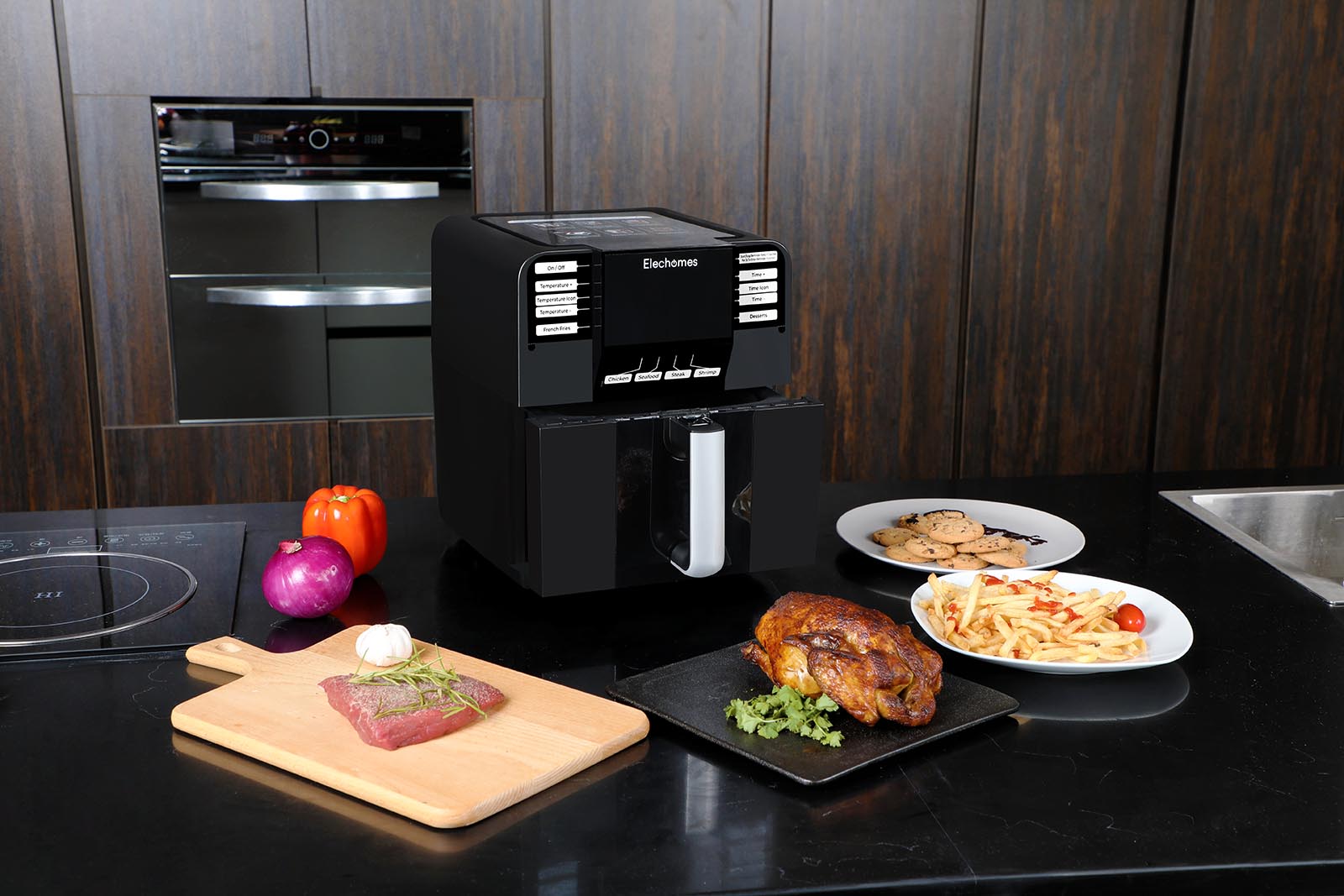 Need a quick after-school snack? Kids are clamoring for dinner? 120 pieces most popular and delicious recipes included, which recommend by our chef who worked in Michelin three-star restaurant. 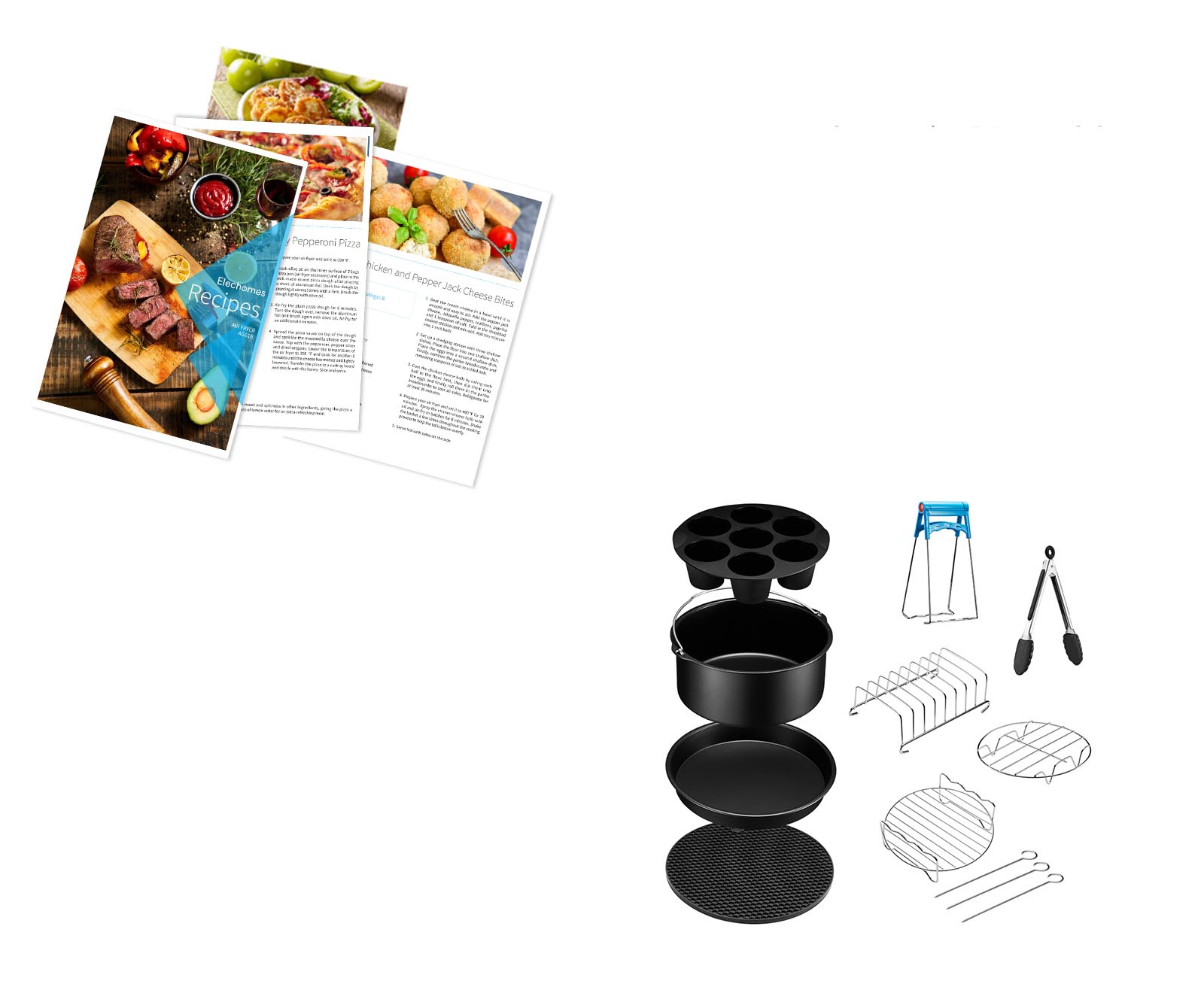 Elechomes Ar fryer 6.3-quart basket with non-stick and easy to clean, all the Basket and fan can be cleaned by the dishwasher. 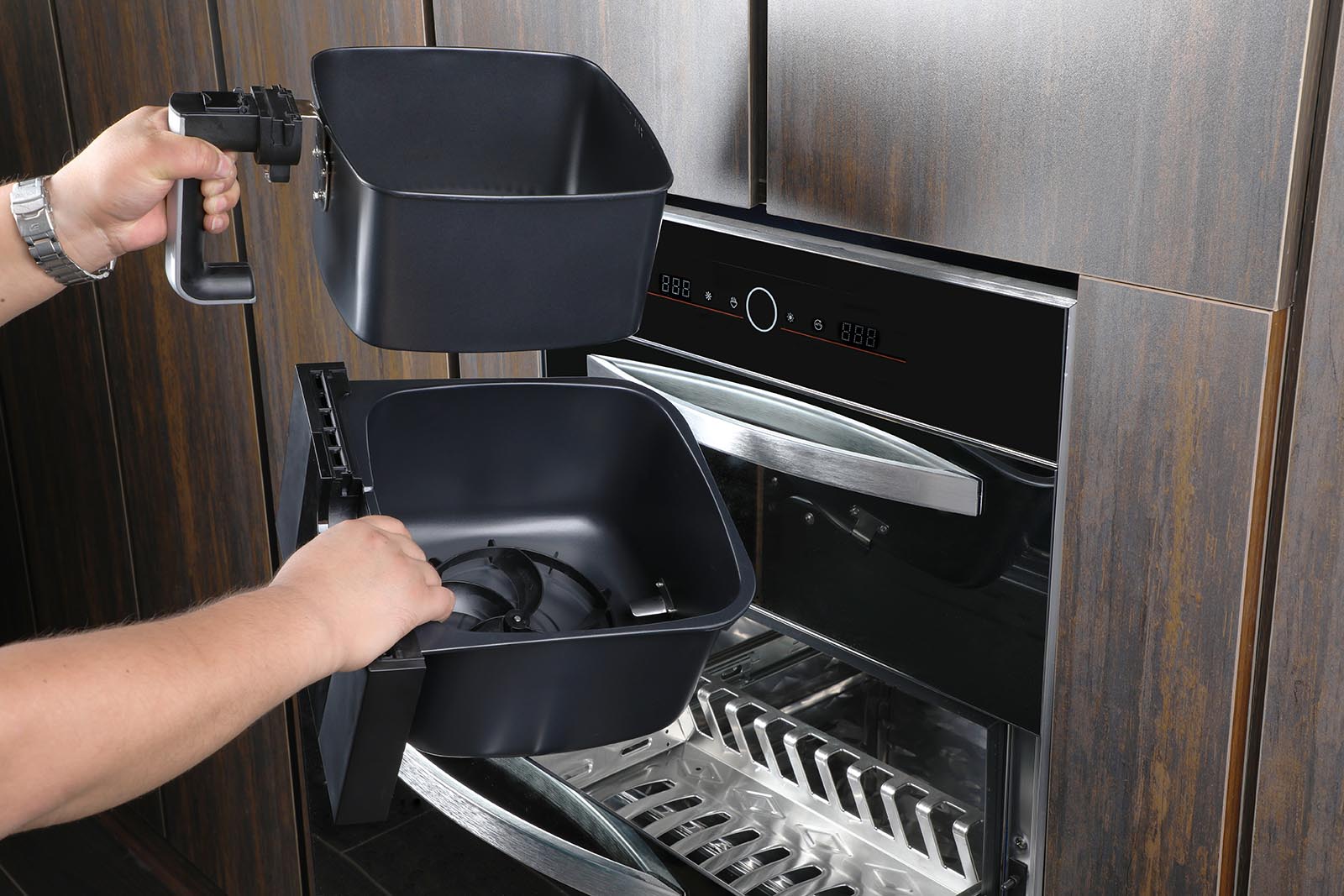