Sleep soundly with an Air Purifier 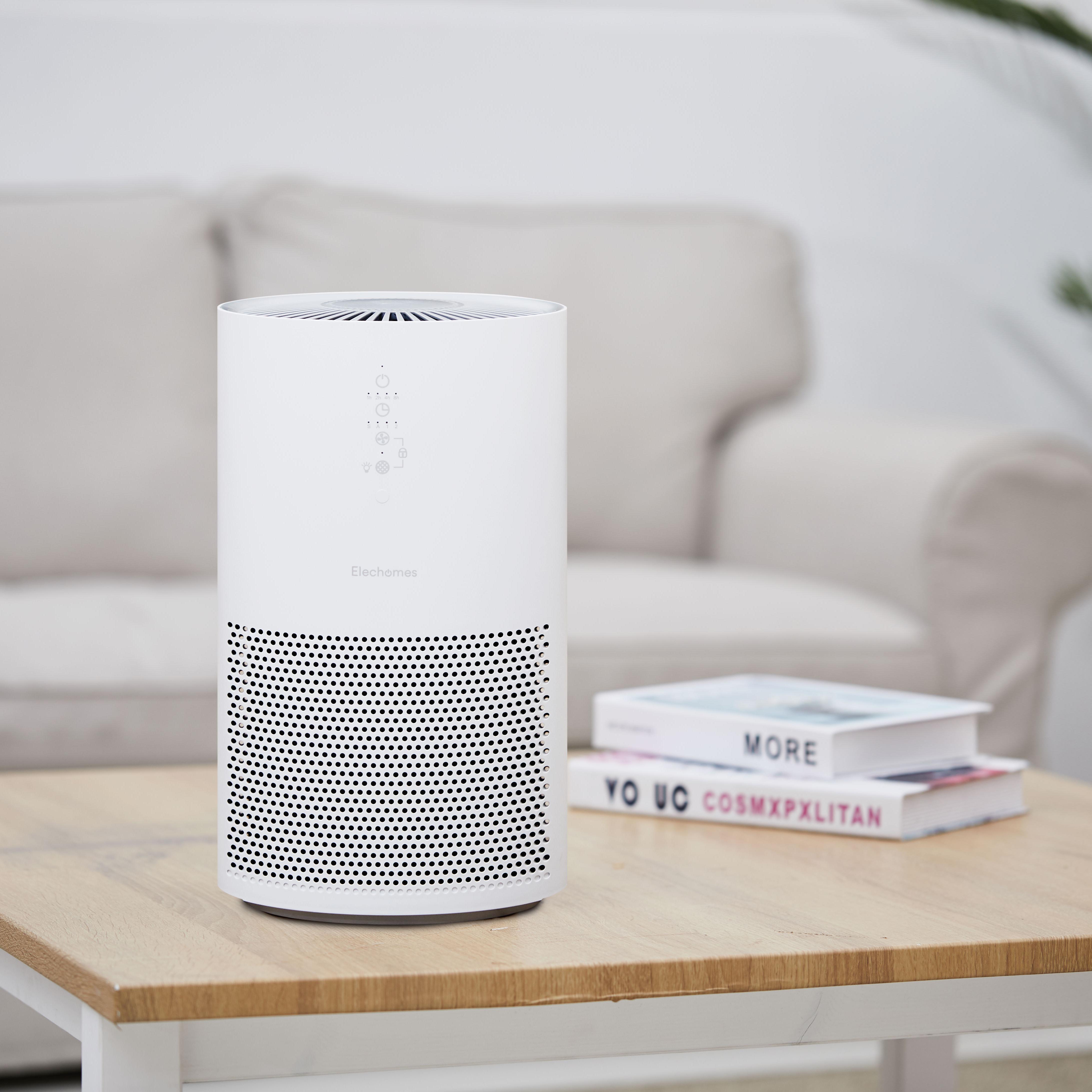 Are you an insomniac? Have you always wanted to cure your sleep disorder but not able to? Or do you know anyone that is an insomniac you’d like to help? Well, no need to ask any more questions because we have got all the answers you need.

Today, we present you with the Elechomes Air Purifiers. But before we continue, let’s pause and describe what an Air Purifier is.

According to Wikipedia, "An air purifier is a device which removes contaminants from the air in a room to improve indoor air quality."

And they're right about that. Air Purifiers contain filters that remove impurities that are solely responsible for respiratory diseases like asthma. They're small with a compact design, affordable, portable with a non-complicated setup system.

Because of its numerous merits, we featured it on our list of products so that you would have a smile across your face. Below, you will see the benefits of an Air Purifier and the Manufacturer’s choice for the day.

Benefits of an Air Purifier

· It relieves the symptoms of Asthma.

Did you know that the Centers for Disease Control and Prevention says that, 1 in 12 people have asthma? Asthmatic people are people who have inflamed bronchial tubes. Contaminants such as pet dander, pollen, or dust mites sensitize their airways, leading to difficulty in breathing.

People who harbor dogs and cats will agree that they shed off hair year-round. When these pets itch, they spread a lot of hair and fur which flies in the air. Although you may not have pets, there are other factors that trigger asthma such as pollen and dust mites.

You may be wondering, "how can I get pollen particles on me?"

Well, pollen particles are constantly found in the air and can get indoors through your open windows. Dust mites are mostly found indoors where the environment is humid. Stale air increases indoor humidity and that's where the need for an Air Purifier comes in.

The Elechomes P1801 Air Purifier has a four-stage HEPA filtration mechanism that can capture 99.97% of microorganisms as small as 0.3 microns. This means that with this inexpensive Air Purifier in your home, you can be assured that the pollen and dust mites won't be a problem indoors.

· Removes Toxic Chemicals from your home

Even though you might shut the door and close the window in your house, it doesn't stop harmful chemicals like Nitrogen dioxide and Carbon monoxide from coming into your home. These toxic gases are majorly found in metropolitan cities where there is constant air pollution and they end up in your homes.

The National Library of Medicine says that exposure to carbon monoxide and nitrogen dioxide increases the risk of contracting dementia and Alzheimer's disease.

Even if you don't live in metro cities with air pollution, your home can be filled with toxic materials and chemicals from cleaning agents. Some of these cleaning agents contain toxic compounds like Ammonia, Chlorine, and Phthalate. Consequently, continuous exposure to these chemicals can result in serious terminal diseases like cancer, or heart attacks.

One of the common reasons why you may not have a sound sleep is because of the impurities that are in your bedroom. Pollen grains and dust mites are part of the particles that cause rapid sneezes that can give you a headache. Subsequently, you become itchy and restless to the point you have a runny nose. Not so good for a good night's rest, is it?

To prevent all this stress, it is best to stick to the KJ200-A3B True HEPA H13 Air Purifier. It has a sleep mode button which makes it operate at 22dB, giving you a noiseless machine during your bedtime.

Did you know that your home is built with uranium, which is a naturally occurring radioactive element? When the material breaks down, it releases a gas known as radon gas. Radon is a colorless and odorless gas, that is released from building materials like soil, and granite.

Do you know those cracks on your floor and walls? The Radon gas escapes from the building into the atmosphere indoors via these cracks. Radon gas destroys the cell linings of the lungs, leading to lung cancer. According to a 2013 EPA assessment, there are about 21000 deaths yearly in the US which are caused by lung cancer.

Now, no need to fear because the P1801 Air Purifier ensures that the radon gas is expelled out from your indoor atmosphere.

Now, that we have seen the why's to buying an Air Purifier, let’s take a look at the Manufacturer's recommendation. Picked just for you-the Elechomes P1801 Air Purifier, from the deep roots of our inventory, we have decided that this is the best Air Purifier for you because it takes care of your health and at a reasonable price.